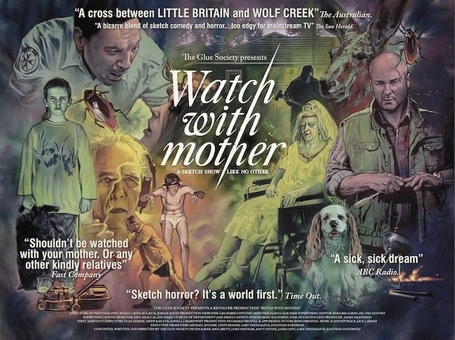 I’ll be keeping this short and to the point, as I’m swamped with things to take care of in the aftermath of MIP.

First, I have to note a slight sense of disappointment. I do not feel the television industry is moving with the times, to the extent I feel the industry would need to. This is, I confess, a sentiment coming out of a pretty selfish point of view; I know television, and I know transmedia storytelling / cross media / multiplatform / whatever you want to call it, and unless the TV industry comes to grips with the new world they’re living in, something else is going to come along and disrupt it. And as I can’t see what that’s going to be yet, it’ll put me on the spot just as much (or, well, not as much but enough) as anyone else.

There were a number of great examples of storytelling or techniques or services that touches on television, but the majority where just that – touching – never to really make an impact on the core of television. And, the TV execs might be forgiven for thinking, why bother? The TV industry goes splendidly as is, why change a winning formula? Well – things went splendidly for the Pony Express as well. Then came the railway. Things went pretty neat for VHS as well. Then came the DVD. I think the TV industry has every reason to try to be a bit pro-active right now.

Secondly, I have to note a slight sense of elation. There are so many great people attending the MIPs; all from different angles and facests of the industry. Some are brilliant sellers, some are intuitive buyers. Some are intelligent and creative in a way I can only dream of, while others are socially über-capable and the life of any party. If nothing else, I’d come to MIP for the people, that’s for sure.

MIPCube is an increasingly interesting event. It’s still seeking its identity to some extent, this time around being placed in the basement level of the Palais des Festivals (with the TV Hackers in a small building outside the Palais). I believe it would be best if MIPCube was either even more centrally placed – physically that is – or given an autonome space to play around in (a bit like last year when it was in the Gare Maritime). The talks were overwhelmingly great though, interesting stuff, the ones I managed to attend. I moderated two talks – meet the Digital Producers was the first one, where some interesting producers showed some pretty interesting solutions and content. Do check out Pocket TV from Sweden, looking pretty handy, as well as Watch With Mother (which is a slash/horror/gore/comedy series – you’ve been warned!). The other was how to take back your monetisation power as a producer . We talked with Pokeware and dot.talent about online video monetising as well as the worth of followers, likers and social buss.

All in all, a great experience. I would encourage anyone who’s thinking about MIP or the TV industry as a whole, to tag along for the next one. Not only do you meet people you’d never meet otherwise, you also know a lot more (perhaps more than you wanted to know) about the industry than before.