Know what you’re going to be downloa… eh, I mean WATCHING?

Just read some comments that buyers from the Big Companies had made about which new tv series they think are going to become hits in the near future. Some of them were a bit interesting…

Everyone seemed to agree that there was no new Super Hit like “Heroes” or “Desperate Housewives” on the horizon, but nevertheless, there were quite a few interesting ones on their way. One was the reminds-me-quite-a-lot-of-Sex-and-the-City series “Cashmere Mafia”, a series featuring amongst others Lucy Liu, about ambitious and sexy women in NYC, forming their own club… well, I for one like to watch series with sexy women, so I’ll give it a shot :). 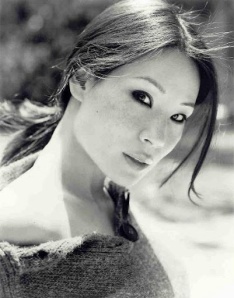 Lucy Liu, soon to be seen strutting her stuff in “Cashmere Mafia”. 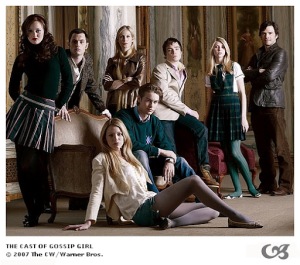 The cast of “Gossip Girl”

Another series premiering on ABC this autumn is “Dirty Sexy Money”, which is a bit more along the lines of old shows like “Dallas” or “Dynasty” – an idealistic lawyer who is connected to the wealthy and powerful Darling-clan (in NYC, of course 🙂 and slowly but surely is drawn into the land of, yeah, you guessed it – dirty, sexy money. Donald Sutherland is in it – on the other hand, name a show where Donald is NOT in the cast… can’t think of one. Well, seeing as I like money, I’ll probably give that one a shot as well.

Lots of other shows as well, but I’ll mention just one more – “The Sarah Connor Chronicles”. This is a show that will premiere on FOX in the US in early 2008, reportedly. If the name sounds familiar – well, it should. Sarah Connor is/was in the Terminator movies – you know, getting chased around all the while by Arnie in Terminator, then being protected by Arnie along with her son in Terminator II, and then… she wasn’t in Terminator III, was she? Can’t remember. Still, this new series is about what Sarah and her son John did in the years between Terminator II and III. Should be action-packed and probably great fun. Sadly, no Arnie in it though – might be he’s too busy being the gov’nor. And, seeing as I like terminators, I’ll probably watch that as well. (Btw, the one playing Sarah Connor, wasn’t she in “300” as well?)

Yeah, we’re mean. That’s ’cause we’re in a Terminator spin-off, that is.

Now my fingers are bleeding. Better do some work as well 🙂